The American consumer has decided electric vehicles aren’t going anywhere. According to Electrek.com, results of a new survey show that nearly three in four U.S. drivers believe electric vehicles are “the future of driving.” That number is actually closer to 79% among EV drivers.

Price is Fading as a Reason Not to Buy EVs
While sticker shock is still the number one reason drivers don’t purchase EVs, the cost of electric vehicles is becoming more of a non-issue every day. While drivers have considered EVs cost-prohibitive in the past, their opinions are changing for many reasons. Many EV automotive companies are now manufacturing EVs in nearly every price range, including the magic number of under $35,000, which is what most consumers are looking for. From the less expensive Nissan Leaf and Chevy Volt in the $25,000 range to the Audi Etron, Jaguar Taycan, and Teslas that range from $35,000 to $150,000, electric vehicles are now everywhere in nearly every price range.

The second reason price is becoming less of an obstacle is because drivers are beginning to understand sticker shock isn’t the only factor in deciding the value of a vehicle. While across the board, nearly all EVs cost at least $8,000 more than their gas-powered competitors, within a few years, the numbers should look quite different.

Annual Maintenance Cost of an EV vs. a Gas Powered Vehicle

A gas-powered vehicle costs $1,117 a year to maintain and drive, while EVs cost around $485 to do the same. It doesn’t take long for the difference to add up. Electricity is significantly less expensive than fossil fuels and doesn’t answer to the whims of the economy and availability of fading natural resources. For instance, Covid-19 is now having a dramatic effect on the price of oil, an effect electricity is not subject to. For those who plan to drive their cars at least 10 years, EVs are definitely less expensive.

As the number of EVs on the road increases every year, there seems to be no end in sight for the growth of the industry.

Consumers are Getting the Message
According to AAA, “Today, electric vehicles have mainstream appeal,” said Greg Brannon, AAA’s director of Automotive Engineering. “While concern for the environment is still a major motivator, AAA found U.S. drivers are also attracted to the lower long-term costs and advanced technology features that many of these vehicles offer.”

Who’s buying them? Originally, many manufacturers and industry leaders thought millennials and Gen Z, when they came of age, would be the owners of EVs, and while some are, shockingly it was Baby Boomers who bought the majority of EVs when they first came on the market, tired of enormous gas-guzzler retirees with kids didn’t need.

But according to the most recent information, Gen X, is buying the most EVs today, at 39.8%. Richer in both money and freedom than millennials and the Baby Boomers, Gen X can afford the car they want and also live wherever they want, including states that have a greater number of chargers, like California. Older millennials, however, are quickly catching up in EV purchases.

According to BBC News, there are already more than 4 million EVs on the road globally, and the number will only increase. Colin McKerracher, head of advanced transport at Bloomberg New Energy Finance believes by the mid-2020s, when electric vehicles “will cost the same as ones powered by internal combustion engines”, the number on the road will explode.

EV popularity is increasing as price becomes less of a reason choose to gas-powered vehicles. Getting from Point A to Point B: EVs and the Hospitality Industry How Choosing the Right Location For Your EVSE Can Save Money 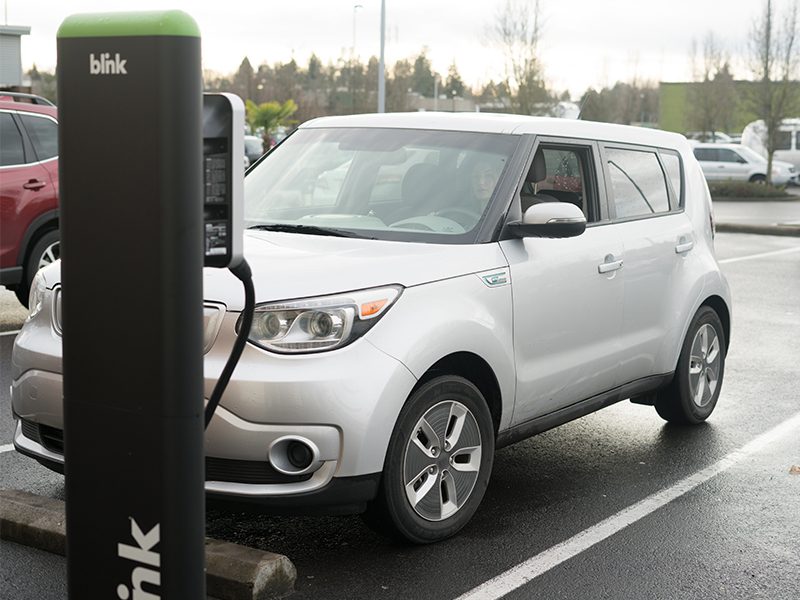 Providing EV Dealerships with All the Information to Install EVSE