When they picture an EV, most people think of cars, rarely trucks, and almost never buses. But electric school buses promise to be the next wave of green technology for schools, promising to improve pollution standards, as well as safety standards, not only for the environment but for the children who ride them.

The California Energy Commission has awarded over $70 million to schools to replace over 200 buses, while a total of $89.8 million has been earmarked for future EV buses in 26 California counties.

In conjunction with Virginia Dominion Energy, Virginia Public Schools will roll out an initial launch of 50 electric buses. According to Clean Technica, these buses are ready to go into operation this year! With a plan to release 200 buses per year for the next 5 years, they aim for 100% EV buses by 2030.

The Cost
The biggest barrier to replacing diesel-fueled buses with electric versions is funding. First time EV buyers are prone to sticker shock because the initial price for EVs is higher than that of other vehicles; however, EVs are less expensive than other cars in the long run, and school buses are no different.

Buses will be spending significantly less on fuel. According to Electrek, “While the exact cost of each bus is unknown, the commission does estimate that “schools will save nearly $120,000 in fuel and maintenance costs per bus over 20 years. Some estimates have noted that electric school buses tend to cost about $120,000 more than diesel buses — if that’s the case here, the price will be equal in the end, with added health benefits.”

EVs are also virtually maintenance free, and often go 10 years before a battery change is needed, with little to no maintenance expenditures in between.

Benefits for Students
Electric school buses also feature seat belts for every child in every model, something parents have wanted for a long time.

A study by Science Direct in the Economics of Education Review showed that changing to electric buses had a positive influence on children’s respiratory health and even their grades. Students showed “significant test score gains in English and smaller gains in math” when diesel fueled buses are swapped for electric. Perhaps there is nowhere EVs are needed more than school buses, where undeveloped bodies and minds are easily affected by pollutants, and the users are too young to choose for themselves.

How Can Buses Be Charged?
Buses will need Level 2 or faster chargers. According Blue Bird buses, buses take approximately 8 hours to fully charge. Buses are always parked at the school overnight and can easily be charged 8 hours or more. A single charge will last 120 miles, much further, of course, than any bus route, even in the rural areas.

Blink Charging is excited the benefits of EVs are coming to school buses, which not only are better for the environment, but safer for the children who ride them. Blink’s Level 2 chargers and next-generation fast chargers—recently given the UL seal of approval—are perfect choices to charge electric school buses so our kids can charge into the future. 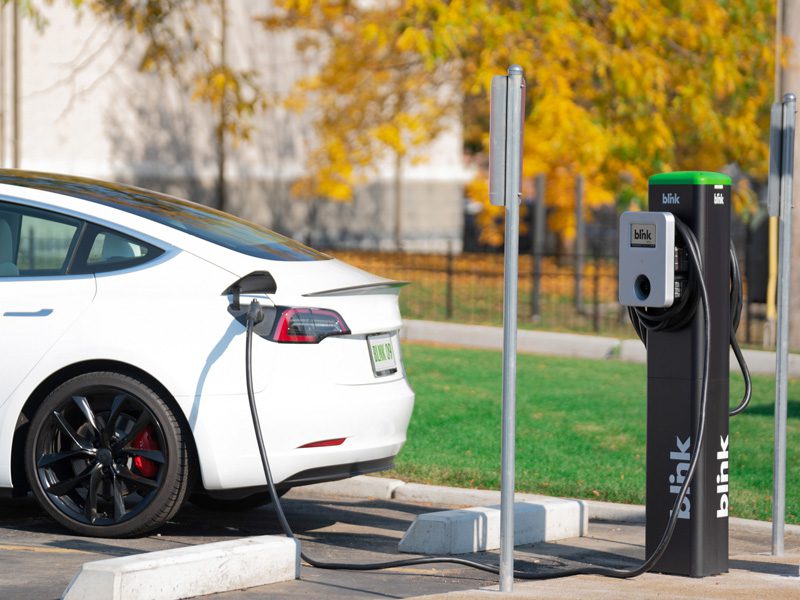 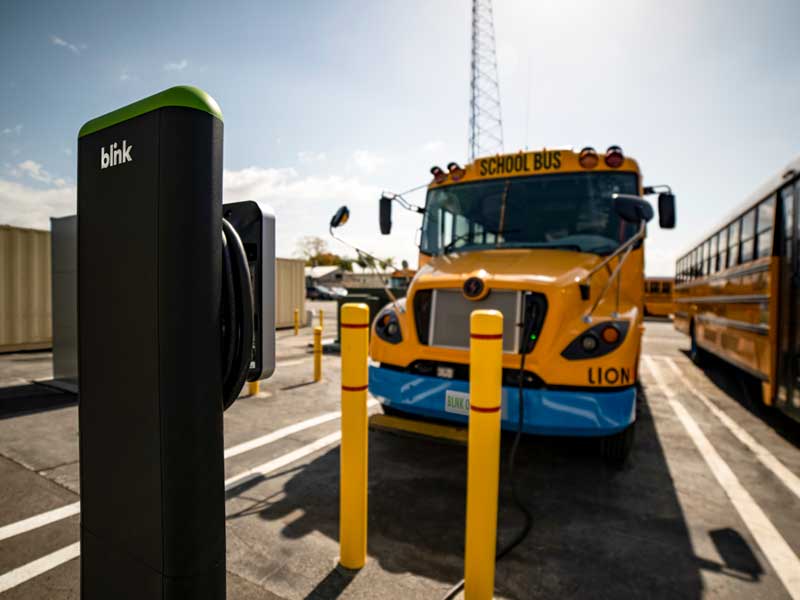