Society has been through many massive and unexpected changes in the last several months. Some of these changes have had an economic impact, and even persuaded people to think differently about what they buy and why.

The auto industry is no different. A recent explosion in sales of cars and chargers, as well as government commitment to advancing environmentally-sound transportation choices, has resulted in the EV boom everyone was waiting for.

Data compiled by TrueCar shows that while automakers offered only four pure battery electric utility vehicles in their combined 2018 lineups, and only eight for 2019, they will have 16 such vehicles for 2020. That number will rise to 30 for the 2021 model year, and 44 for 2022.

Pledged by the State of Massachusetts for EV Rebates

According to Forbes, car sales fell 89% in the U.K. in May, a catastrophic hit for any industry, however sales of EVs continued to climb by 21.5%. In the U.S., 27 out of 30 car manufacturers have lost money in 2020, but EV sales continue to surge.

Why? Some of the reasons include safety, increasing rebates, and governmental legislation designed to make it easier to go green.

Tesla’s sales are booming for many reasons, but one of them is direct sales. At a time when no one wants to go to dealerships, talk to many people, shake hands, and touch steering wheels, Tesla provides a contactless order and delivery service, even on their most popular and least expensive vehicle—the Model 3.

State governments are also expanding rebates and tax credits for green vehicles. According to the Boston Globe, Massachusetts has expanded its rebate program from only personal vehicles to companies and non-profits. They will be eligible of a $2,500 rebate on any electric vehicle up to $50,000. Only $1.6 million have been distributed so far, while the state has committed to $27 million in rebates.

Florida governor Ron DeSantis recently signed landmark legislation to develop “a master plan for the development of electric vehicle charging infrastructure across Florida.” This sweeping, bi-partisan bill, supported by Florida’s environmental leaders, will make owning an EV easier than ever.

While a big increase in the number of EVs on the road was always predicted, unforeseen circumstances have sped up the transition, and made it a great time to buy an EV.

EV sales are surging because of everything from government incentives to contact-free purchasing, bringing us a greener future faster than anyone could have predicted. Blink is surging ahead, building more chargers with cutting-edge technology to fuel the future of electrical vehicles. 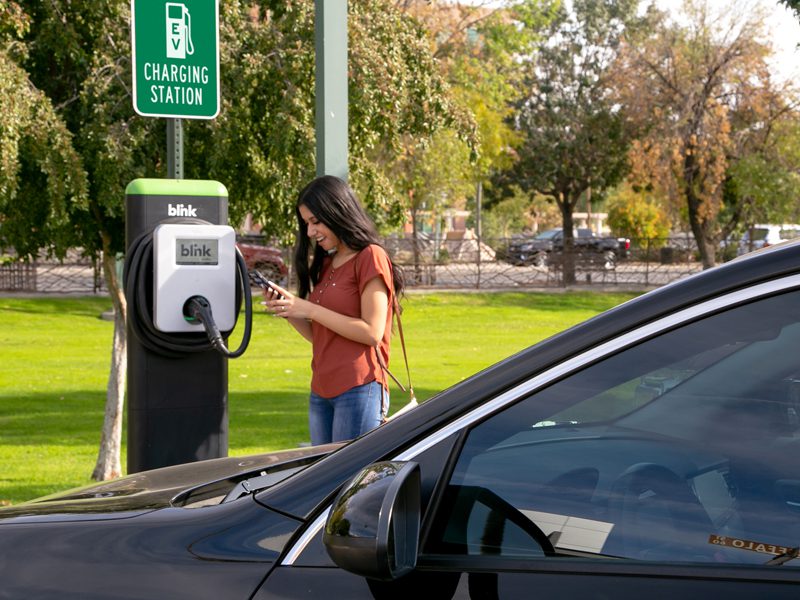