Those unfamiliar with electric vehicles often have many questions about them. Some people are worried, some confused, and some have found nothing but misinformation online. We’re here to clear up misunderstandings and answer some of the questions, from simple to complex, that we’ve been asked over the years.

Electric vehicle sales rise every year. They are expected to be the majority of vehicles on the road by 2029. And yet despite great leaps in production, many drivers still feel uncomfortable purchasing EVs. Benefitting the environment and saving a substantial amount of money on fuel are top reasons Americans purchase EVs; however, despite ¾ of Americans stating they believe EVs are the car of the future, most still won’t buy.

Why? The most common reasons drivers avoid EVs include fear the battery will run out of charge before reaching the driver’s destination, known as range anxiety, fear of too few charging stations, long charge times, and initial vehicle investment.

Just when traditional reasons potential customers have given for not buying an EV are disappearing, new reasons are emerging. Recent studies and polls has revealed a lack of knowledge about EVs that has taken EV advocates by surprise.

We Answer Your Questions

Plenty of misunderstandings and rumors still exist about electric vehicles, and while these rumors may not be true, and some even seem silly, the effect they have on vehicle sales is all too real. Here, we reveal the truth about the rumors.

Are EVs safe to drive/charge in the rain or through a car-wash?

According to CNBC, “There remains plenty of confusion about what electric vehicles can and can’t do, and not only in the United States.” 42% of British motorists believe an EV cannot be driven through a car wash.  So, can an EV be charged and driven in the rain or through a car wash?

Jonathon Ratliff of Marketwatch says, “Absolutely, it’s safe to charge [and drive] in nearly any weather condition,” he says, matter-of-factly. That’s because electric vehicles are purposefully engineered to withstand rain and water intrusion.”

He goes on to say the average EV has an IP rating of 67 (68 is generally as high as it gets). The IP rating measures how watertight everyday objects are. This rating means every component of the EV, including electrical, can be submerged in up to a meter of water for 30 minutes. Water isn’t a threat to your EV!

Can I get a shock or electrocuted by a charging plug?

Nope, not really. According to Autosavant, all EVs must adhere to “the National Electric Code in the US, virtually all electrical equipment must be certified for electrical safety by an OSHA-accredited Nationally Recognized Testing Laboratory.” Those standards include the “UL Subject 2594 (Outline of Investigation for Electric Vehicle Supply Equipment) and UL 2202 (Electric Vehicle Charging System Equipment).” All Blink chargers meet UL standards and bear the UL label.

Getting a charger to market is a difficult process because of the many layers of safety rules they have to meet. You will not be shocked by an EV charger, even if you charge it in standing water.

Am I in danger if my EV is struck by lightning?

No more danger than if you were in ANY car struck by lightning. Neither EVs nor chargers attract lightning. In an extreme case, a woman was charging her Tesla on a Supercharger when lightning struck a tree nearby, and her car would then not charge or disconnect from the charger. In a short period of time however, the car rebooted its computer systems, began to charge, and there was no damage to the vehicle. And that’s one of the most extreme cases. You are in no special danger from lightning in or during charging of your EV.

Do EVs need at least some gasoline?

No. Fully electric vehicles do not use gas at all. According to The Drive, a Ford study found that 42% of Americans think electric vehicles still need to use at least some amount of gasoline as fuel. Hybrids can run on EITHER gasoline or electricity, while other models have a small gas engine to be used rarely. Neither however MUST use gasoline.

Do EVs have poor acceleration?

The Ford study also found that 90% of Americans and Europeans believe electric cars have poor acceleration. In reality, the Tesla Model S is the fastest accelerating sedan on the planet, going from zero to 60 in 2.4 seconds. Once you drive an EV you’ll understand why this preconceived notion couldn’t be further from the truth.

Do EVs fail in cold weather?

No. Do some drivers experience range loss? Yes. 85% of Americans stated they would not buy an EV for a northern climate due to rumors of range loss in the cold. However, drivers easily plan for range loss, and newer Teslas take cold into consideration when advising the driver which stops to make and where to re-charge.

Electric vehicles are just as capable of driving cross-country as any other type of vehicle, with the added benefit of having no tailpipe emissions. Nearly every app for EV drivers shows the location of charging stations, even how busy they are, and with Blink mobile app, you can pay with funds on your membership card as you pull up. Some apps such as Apple Maps now let you map the entire route with charging stops planned into the route.

Electric vehicles can do just about anything traditional fossil fueled vehicles can, but without tailpipe emissions. Not only are they clean to drive they are fun. But don’t just take our word for it, we recommend you try one today! So until you make the transition to a fully electric vehicle, keep your questions coming! 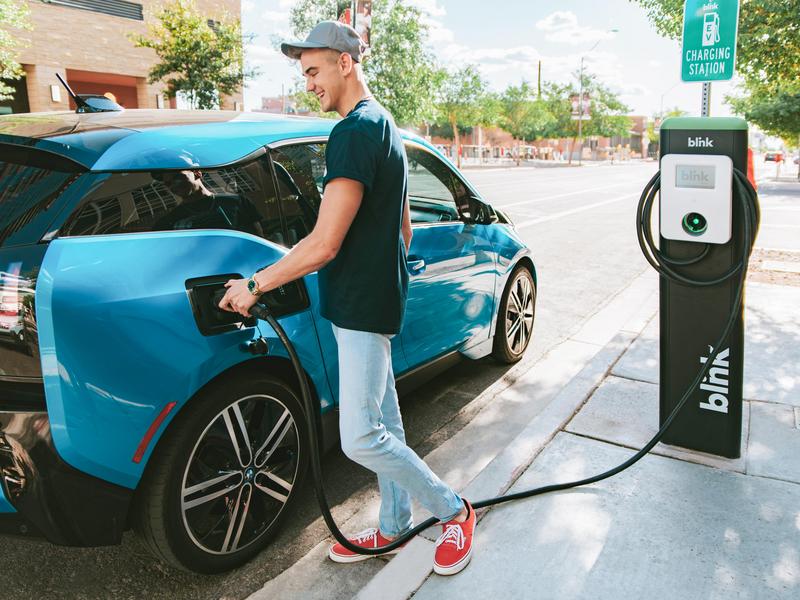 Why Are EVs Perfect for the Healthcare Industry?